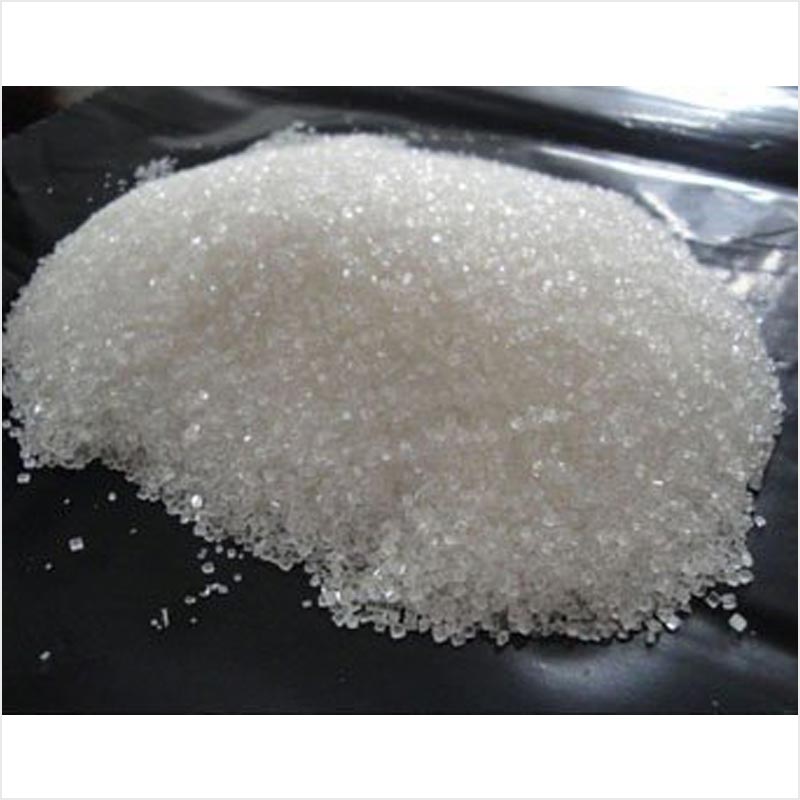 We are one of the leading manufacturers, supplier and exporter of Ammonium Sulphate from India.

Ammonium Sulphate (NH4)2SO4, is an inorganic salt with a number of commercial uses. The most common use is as a soil fertilizer. It contains 21% nitrogen and 24% sulphur.Uses

Applications of Ammonium Sulphate
1. The primary use of ammonium sulphate is as a fertilizer for alkaline soils. In the soil the ammonium ion is released and forms a small amount of acid, lowering the pH balance of the soil, while contributing essential nitrogen for plant growth. The main disadvantage to the use of ammonium sulphate is its low nitrogen content relative to ammonium nitrate, which elevates transportation costs.

2. It is also used as an agricultural spray adjuvant for water-soluble insecticides, herbicides, and fungicides. There, it functions to bind iron and calcium cautions that are present in both well water and plant cells. It is particularly effective as an adjuvant for 2,4-D (amine), glyphosate, and glufosinate herbicides.

3. Laboratory use: Ammonium sulphate precipitation is a common method for protein purification by precipitation. As the ionic strength of a solution increases, the solubility of proteins in that solution decreases. Ammonium sulphate is extremely soluble in water due to its ionic nature, therefore it can "salt out" proteins by precipitation.Due to the high dielectric constant of water, the dissociated salt ions being cationic ammonium and anionic sulphate are readily solvated within hydration shells of water molecules. The significance of this substance in the purification of compounds stems from its ability to become more so hydrated compared to relatively more nonpolar molecules and so the desirable non polar molecules coalesce and precipitate out of the solution in a concentrated form. This method is called salting out and necessitates the use of high salt concentrations that can reliably dissolve in the aqueous mixture. The percentage of the salt used is in comparison to the maximal concentration of the salt the mixture can dissolve. As such, although high concentrations are needed for the method to work adding an abundance of the salt, over 100%, can also oversaturate the solution therefore contaminating the non polar precipitate with salt precipitate.

A high salt concentration, which can be achieved by adding or increasing the concentration of ammonium sulphate in a solution, enables protein separation based on a decrease in protein solubility; this separation may be achieved by centrifugation. Precipitation by ammonium sulphate is a result of a reduction in solubility rather than protein denaturation, thus the precipitated protein can be solubilized through the use of standard buffers.Ammonium sulphate precipitation provides a convenient and simple means to fractionate complex protein mixtures.

5. Food additive: As a food additive, ammonium sulphate is considered generally recognized as safe (GRAS) by the U.S. Food and Drug Administration and in the European Union it is designated by the E number E517. It is used as an acidity regulator in flours and breads.

6. Ammonium sulphate is used on a small scale in the preparation of other ammonium salts, especially ammonium persulphate.

7. Ammonium sulphate is listed as an ingredient for many United States vaccines per the Centre for Disease Control.

9. Ammonium sulphate has been used as a wood preservative, but due to its hygroscopic nature, this use has been largely discontinued because of associated problems with metal fastener corrosion, dimensional instability, and finish failures.